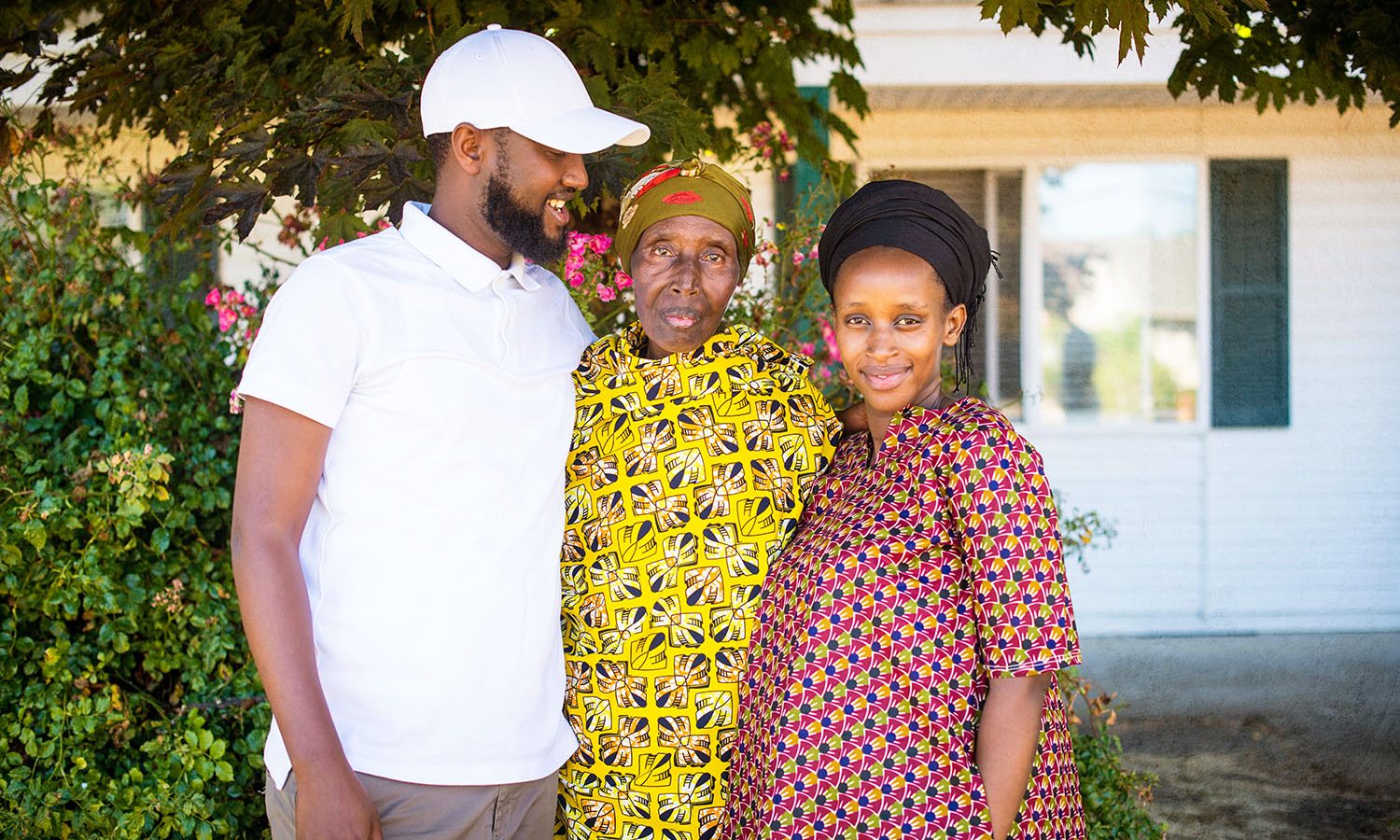 We consistently find ourselves humbled at the chance to sit with, listen to, and share pieces of the stories that come from friends that have arrived in our community through the refugee resettlement process. We think it’s so important to share the reflections of our neighbors in their own voice and we count ourselves lucky to be able to do so. This week we chatted with a good friend, Claude Nsengiyumva.

Born in the Democratic Republic of Congo, Claude and his family left the DRC when he was four. In 1996, Claude’s family fled due to a list of insecurities they faced, including fleeing an imminent threat of harm from militia groups commiting genocide against thousands. His family, alongside countless others, crossed the border into Rwanda to find relative safety in the confines of a refugee camp in Rwanda. For the next 23 years, Claude and many of his family and friends would make long-term plans for themselves in the confines of what was always meant to be a short-term solution for those fleeing terror.

Claude described life in the camp in his own words saying, “…life was miserable. We could eat one meal per day or maybe no meal. One person was supposed to get 25 cents. Imagine living such a kind of life, there was no electricity. For our primary school, we sat down under the trees, and the blackboard was on the tree… this life was totally stressful, no hope of the future in that time.”

While we know that there was so much beauty, strength, and resilience to be found in the camp that Claude called home for so long, his honest reflection that he can’t “even compare the lifestyle from then versus now” at all, really speaks so much to the way the refugee experience forces the displaced around our world into unthinkable situations. In the midst of it all, the depth of community experienced alongside hardship, was evidenced in the ways Claude says he dearly misses what he shared between family and friends that continue to live in the camp he called home for so many formative years of life, while he now finds himself in a new place.

We asked Claude if he’d like to share anything that felt especially difficult to him when he arrived in Portland, knowing the complexities to this answer could be endless, “The hardest part for me in coming to the USA was the Language barrier. I spoke very poor english, I could not communicate well. Listening to [and learning] the American accent took me time. At the same time, I am the responsible for my family and being told I should find a job as soon as I could in order to pay the bills and provide other basic needs for the family. The hardest part in all of it was learning English.”

Claude reflected a little more on the people that made it feel more possible to make life last here in the Pacific Northwest, highlighting the importance of community not just in his first home, but also in his new home: “I was helped by a caseworker who welcomed us from SOAR (one of three resettlement agencies in Portland) and Justin Zoradi (former CEO and founder of These Numbers have Faces). There were also volunteers from Refugee Care Collective, Pastor Christopher and his family of Nicole and Erick. Also, the Congolese community that I met here, that had been here longer than me, helped me a lot to be adjusted. Many people helped me so much, I can say without people that I met here my adjustment could be very hard.”

Claude’s constant love for those around him is one of the many reasons we are so grateful for him in this community and in our world. We asked him what he wants to share with the community of Portland and here’s the beauty of what he left us with for now: “I wish that everyone could have a welcoming and supportive heart for people who came as refugees. People should understand that God created us to help each other, I might be a blessing to someone as someone else can be a blessing to me… this is how life is. Everyone is the support of another.”

Today, years after being resettled in our now shared city, Claude works alongside other newcomers to help them adjust to life in the United States, as a case manager supporting individuals and families in long-term adjustment to life here in the Pacific Northwest. Our community is so much better with Claude in it.