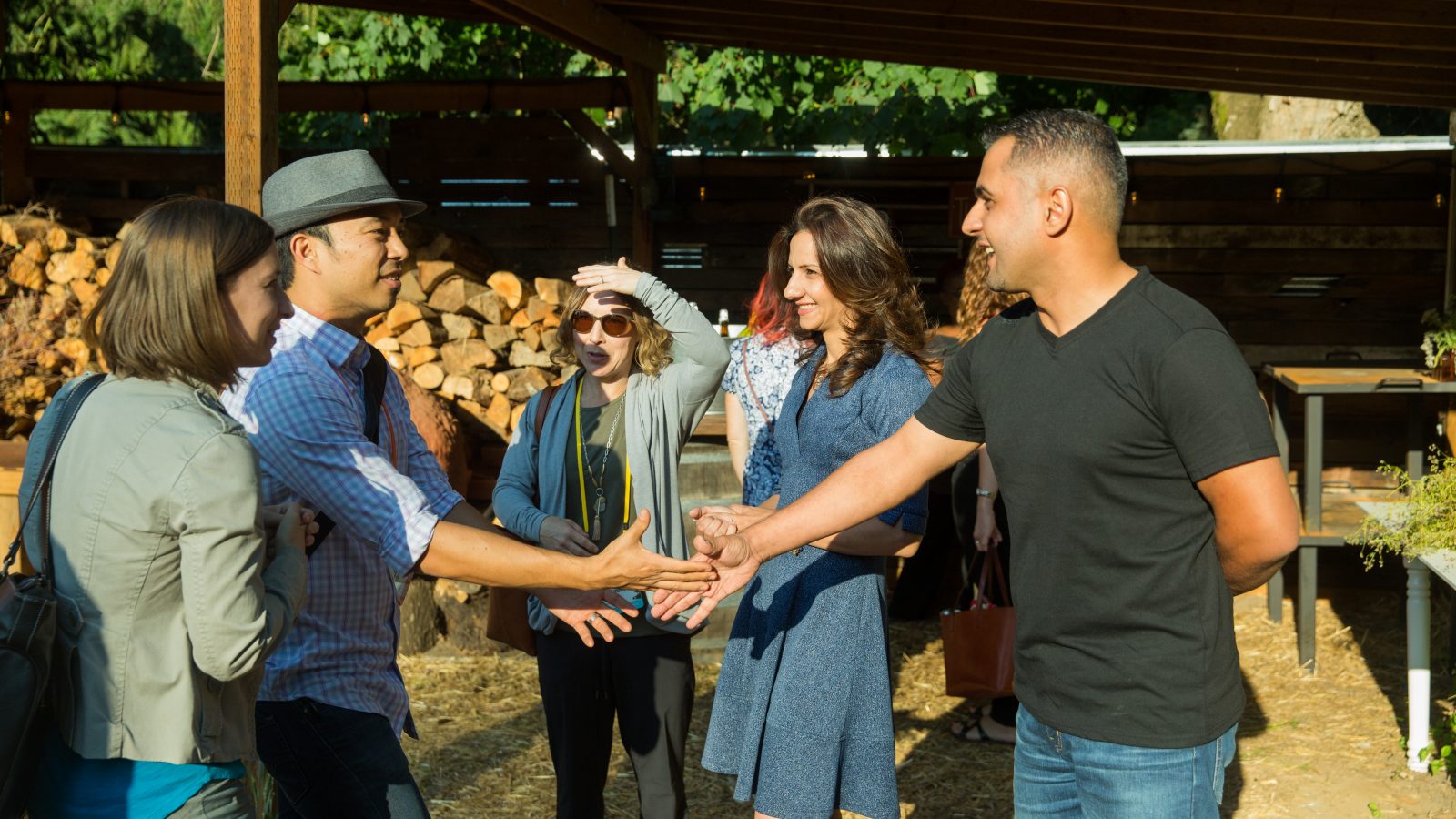 When I first met Ali, I knew nothing of his story.

We became fast friends as we were thrown into the world of working in refugee resettlement as case managers together. Me, a white United Statsian that had barely left the Pacfic Northwest for any amount of time in my entire life. He, a recent arrival through refugee resettlement himself, previously lived in the thriving city of Baghdad. Ali is full of laughter and sarcasm and a grit and tenacity that I’ve rarely been lucky enough to experience in those around me. I recently had a chance to sit down with him, now six years after moving all of his life to the Portland area, and hear some reflections on what he misses, what life in the U.S. is like through his eyes, and why it’s worth caring about folks coming through the resettlement program in 2020.

While there are certain things that come to mind when many long-term United States residents think about someone with refugee status, Ali often does not fall into those categories. Working in IT for the Iraqi government, Ali’s was a life that was comfortable in so many ways as he lived, worked, and raised his family in a large city. As Ali reflected on life in Baghdad, one of the stark differences between here and there are the ways community looks. “In Iraq I was almost always surrounded by family and friends, my close community was over 100 people.” Spending time with others was always a priority, work days ended around 2 or 3 PM and nearly every day there was space for taking a nap, eating good food, and spending time with friends and family in the evening. Tea drinking was central to spending time with folks every single day. People were the core of everything that happened.

While community was so central to every way of life for Ali and his family in Iraq, he also shared about the difficulty of certain aspects many (though not all) of us might take for granted in the ways we experience life in the United States. “Iraq was not safe, but we were used to it. Also the healthcare standards are less than what we have here. Private schools are fine, but public schools feel like a disaster. Traffic is the place where you could lose hours for nothing.”

Comparing this to life in the United States, Ali honestly reflects: “There is so much more work and stress takes up so much of your life. Comparatively, I have almost no friends and family meetings. I have a constant fear of losing a job with all the bills that have to be paid. English as a second language sometimes feels like a nightmare. I feel I’m always behind and burnt out. I expected to be safe in the US but I feel now it’s way less than my expectations. But it is still way safer than Iraq.”

As Ali has so graciously shared even bits and pieces of his story with our team and our RCC community, we thought it would be important to ask him what he wanted people to know about folx in our refugee resettlement community. His answer is one that we’re listening to intently:  “They didn’t have a choice, that it’s not their fault to be refugees. Being a refugee doesn’t mean you are pathetic with no skills. Being a refugee means you lost a lot and you need a lot.”

Life is far from perfection here in the Pacific Northwest, but one thing Ali said was that Oregonians have been consistently welcoming and friendly here in Portland. We’re leaning into that affirmation today. Today we commit to seeing our newest friends and neighbors as they want to be seen. To mourn with them over the losses of what life has always meant. To learn from them in the experience and wisdom and skill they bring to our shared community today. And to partner in mutual relationship with them for all the days to come, as this city becomes more and more beautiful as it’s filled with the stories we continue to share.